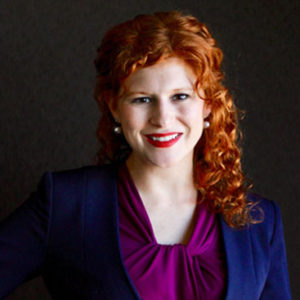 In the magazine’s 22nd annual class of honorees, Luetkemeyer was recognized as an individual in the Kansas City metro area under 40 who has demonstrated commitment to leadership in both her career and community. Noting Luetkemeyer’s accomplishments, Ingram’s noted her impressive “trajectory during her short career.”

The full article can be read here.

Ingram’s annually selects the 40 Under Forty list from nominations throughout the metro area. Candidates are judged based on ethics, integrity, commitment to entrepreneurial thinking, record of achievement in business, leadership skills, professional affiliation and community service.

In 2019, Luetkemeyer rejoined Graves Garrett as a partner after serving as general counsel to Missouri’s governor for two years. As the administration’s top lawyer, she was the chief legal officer for the executive branch, providing legal counsel to the governor, executive staff and cabinet officials. She oversaw and served as liaison to the general counsels of the more than 20 state agencies, boards and commissions in the executive branch.

Luetkemeyer conducted internal investigations and developed and implemented administrationwide policies involving the Sunshine Law, ethics and compliance; coordinated the response of the office and executive agencies to investigations and enforcement actions; and oversaw and managed major litigation in conjunction with the Missouri attorney general’s office.

In her current practice, Luetkemeyer represents clients in a wide range of litigation, including complex commercial litigation, white collar criminal defense, professional liability and government enforcement matters. With experience representing elected officials, candidates, committees and nonprofit groups, she counsels clients on compliance with ethics and campaign finance laws and also represents clients facing civil and criminal enforcement actions brought by state and federal officials. She had a similar role at Graves Garrett from 2015 before leaving in late 2016 for her role in the governor’s office.