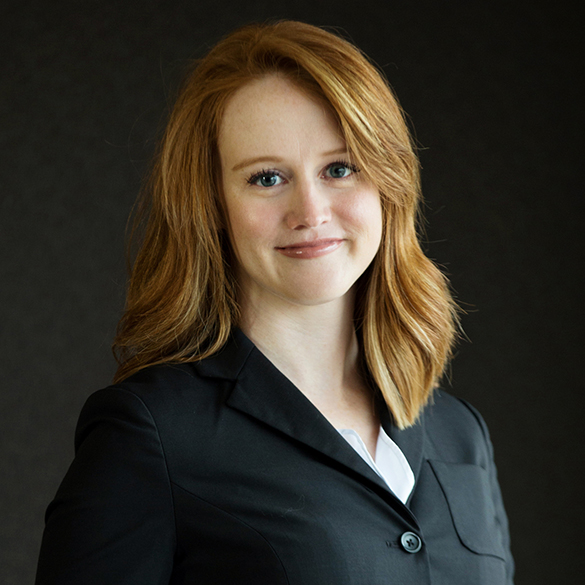 Callie defends businesses against civil lawsuits and criminal and regulatory investigations. She also counsels clients in matters of corporate compliance. She is a Certified Information Privacy Professional (CIPP/US), a distinguished designation recognizing her command of U.S. privacy laws. Callie’s unique combination of experience defending businesses in regulatory and criminal matters, combined with her mastery of data privacy laws make her uniquely qualified to represent businesses in all data privacy and information security matters, including responding to data breaches.

Prior to joining Graves Garrett, Callie worked as an associate at a local law firm, in a practice group that served as outside general counsel to a multi-billion-dollar corporation. Prior to that, she served as a Law Clerk to the Hon. David M. Byrn, Circuit Court of Jackson County, Missouri. Callie graduated with Deans Honors from Washburn University School of Law, and summa cum laude from Washburn University School of Business — both in Topeka, Kan. She is also a graduate of the Kansas City Metropolitan Bar Association’s prestigious Bar Leadership Academy, to which she returned in 2018 to serve as a volunteer and mentor.

Callie was recognized as a Rising Star in Missouri & Kansas Super Lawyers in 2017 and 2018. In 2015, she received the Missouri Lawyers Weekly Up & Coming Award, and the Journal of the Missouri Bar published an article she wrote entitled, “Warrantless Search of the Digital Data on Cell Phones.”

Callie is actively involved in her communities. She is in her fourth year of service as a member of the Association for Women Lawyers of Greater Kansas City’s (AWL) Board of Directors. In serving on that board, she helped co-found the AWL newsletter Spotlight; she is currently the Chair of the Awards Committee. She also serves in leadership positions in the KCMBA’s Diversity Section, Wellness Committee, and Publications Committee.

Callie is a former councilmember for the Missouri Bar Young Lawyers Section (YLS), serving in that capacity for six years (2012-2018). During that time, she held numerous leadership positions including chair and editor of the Young Lawyer and later the YLS blog and chair of the Public Service Committee. She twice received the YLS Outstanding Service Award during her tenure.

In 2015, Callie worked with another young lawyer to bring a chapter of a Springfield-based charity, Care to Learn, to Kansas City. Care to Learn meets the unmet health, hunger, and hygiene needs of underprivileged students so that they can focus on academics. For three years after graduating from law school, Callie served as a volunteer tutor to illiterate and undereducated adults studying for their GED exams.